This photo of Jeff Bezos in his Seattle Office in 1999 features a Tektronix 647A oscilloscope in the lower left hand corner. We have no idea why Jeff had an oscilloscope introduced in 1970 in his office in 1999 but he appears to be using it as a storage base for CDs. 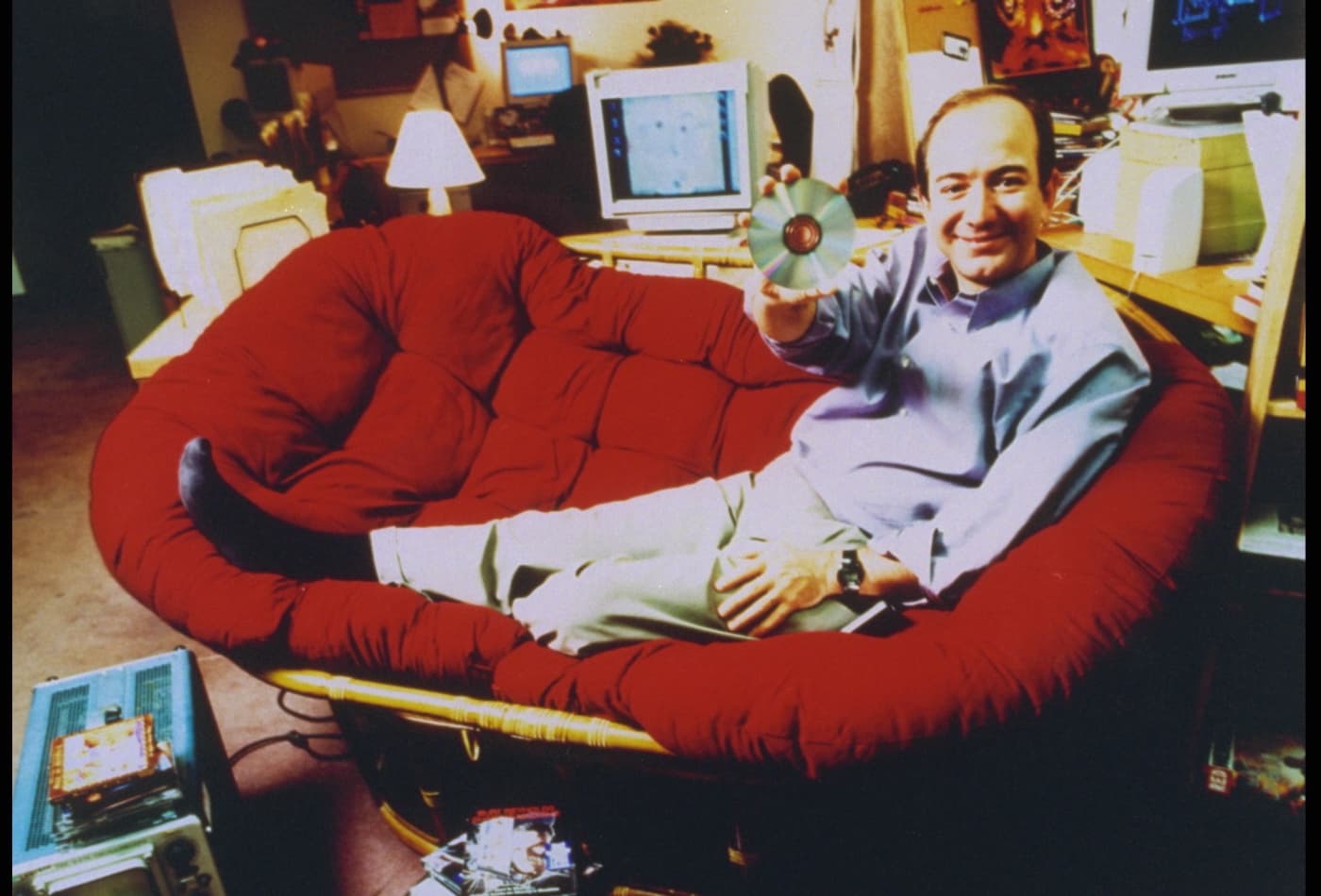 The image and story appear at www.cnbc.com/2017/11/27/billionaire-jeff-bezos-what-amazon-was-like-in-1999.html