This photo started out as our June Photo Of The Month. We didn't know a lot about it but recipients of our June Newsletter which featured this photo helped us out with more detail.

This complex looking machinery was part of the cable assembly operation. It weaves the shielding on a coax cable and must have been amazing to watch. The basic machinery was developed for the textile industry and adapted to electrical cables. The complexity of counter-rotating spools addresses the fundamental of bias-ply winding (as in bias tape and shoe-laces for example). It was also applied to the weaving of reinforcement materials for bias-ply tires as the means to restrain the tire tread independent of rotational speed. 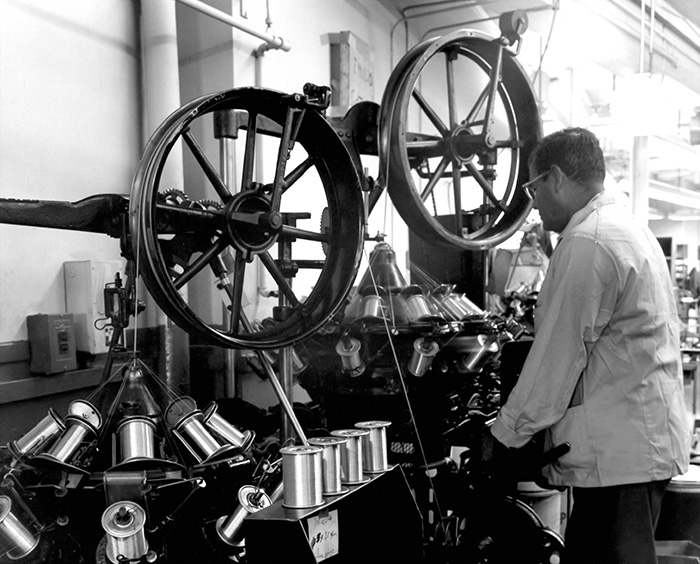 One former employee wrote to the museum:

I remember these running in the Sunset Plant’s Quonset Hut as late as the early 1970s. The were used to make shielded cable with coaxial geometry and woven outer shield. They produced "flexible coax."

The story was that they were repurposed machines from another era and time - shoelace weavers, from the turn of the century! These machines originally wove shoelaces in some textile mill somewhere. Tektronix bought them and reworked them so that the plastic-coated insulated center conductor could be fed from the bottom, and so that they used fine wires instead of thick thread to make a conductive metal outer shield.

It was pretty much understood that if these things ever completely broke down, we would really have a real production problem, as these were certainly not replaceable.

We found this photo of the equipment and explanation in the 1961 Tektronix Catalog. 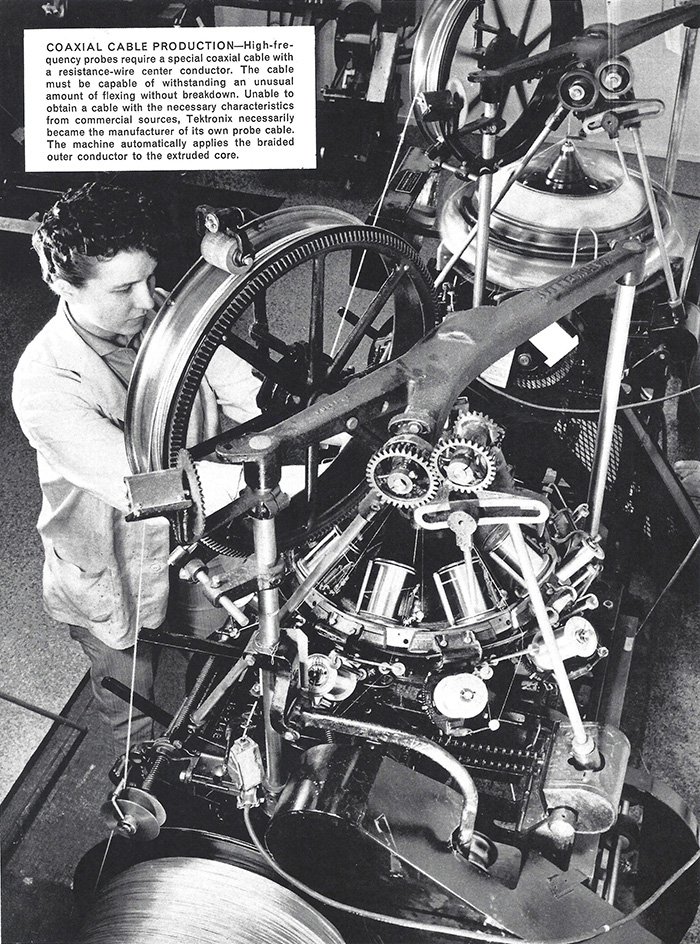 The cables operation was sold to Precision Interconnect in the early 1990s.  Thanks to all who helped us preserve some more of Tektronix history.