Phil Crosby started as a summer intern with Tektronix in 1957.

This 1961 brochure describes the proposed Type V Video plug-in, designed by Phil Crosby, Larry Biggs, and Ron Olson.  It was intended to replace the Type 524 oscilloscope but never went into production.  This brochure has numerous sweep speed mistakes on the scope images on page 3 (click here to view the corrections).  Click on the image to view the PDF. 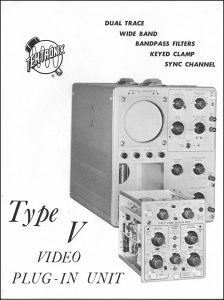 This February 19, 1971 TekWeek features a photo of Phil as the Project Manager for the 7403N. Click on the image to view the full PDF article. 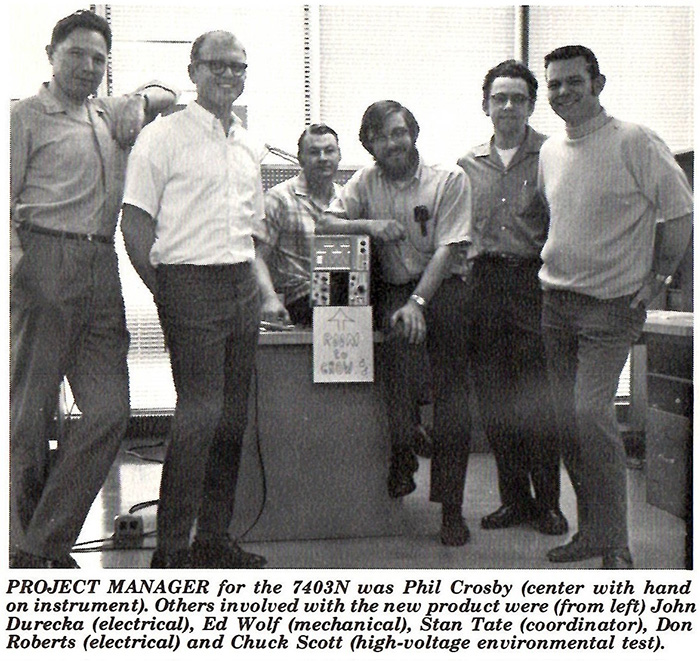 The August 3rd 1979 TekWeek found on our Television Products page features Area Rep information on the Television Products Business Unit and the industry. It featured this photo of Phil. Phil was known for wearing Hawaiian shirts although this seems to be a bit wilder from the 1970s. 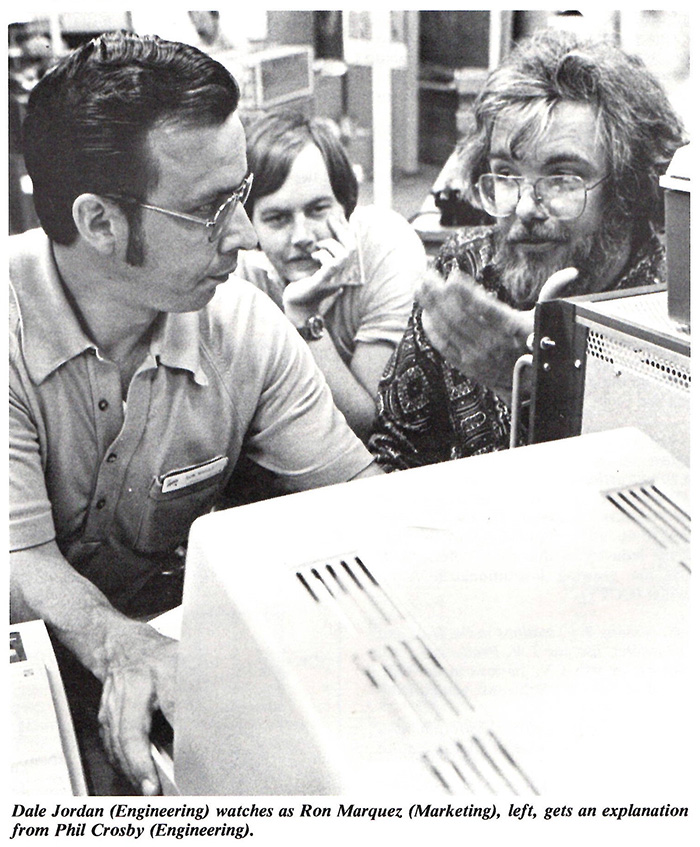 Chief Engineers were the highest level in the engineering structure at Tektronix. In 1992 the title would change to Tektronix Fellow to be more similar to industry norms. This February 15, 1985 TekWeek features Chief Engineer Phil Crosby.  Click on the image to view the PDF. 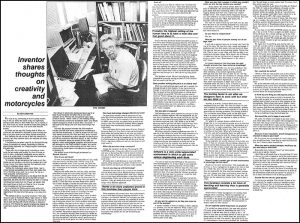 Phil Crosby received the Howard Vollum award, Tektronix' highest award for lifetime contributions in engineering. This February 13, 1998 TekWeek features Phil receiving the award. Portions of Phil's speech were reprinted in the February 27, 1998 TekWeek.  Click on the images to view the PDFs. 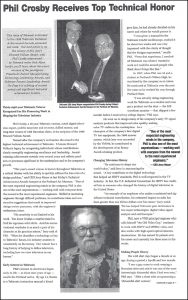 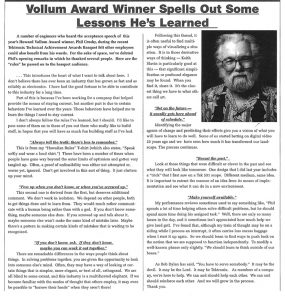 Phil retired in 1999 and has been a regular volunteer at the museum since its founding. He has written several articles on our Employee Stories page.

The FC511 Story, by Phil Crosby

The 556 Story by Phil Crosby