This Spring 1961 TekTalk article describes the plan for the 5 story 245,827 square foot Technical Center. Click on the image to view the PDF. 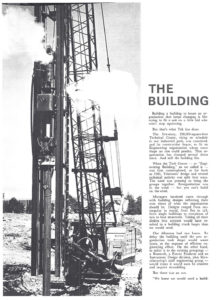 This August 28, 1964 TekWeek article features a construction update on the concrete pouring. 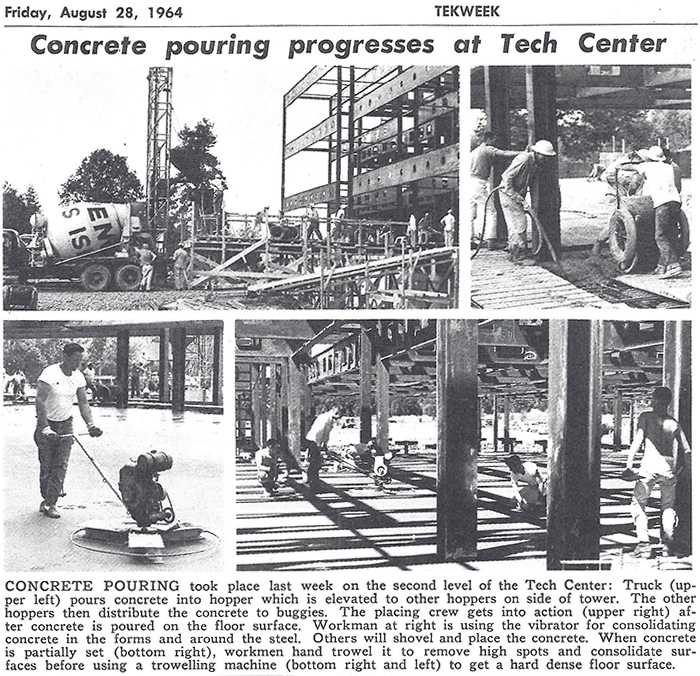 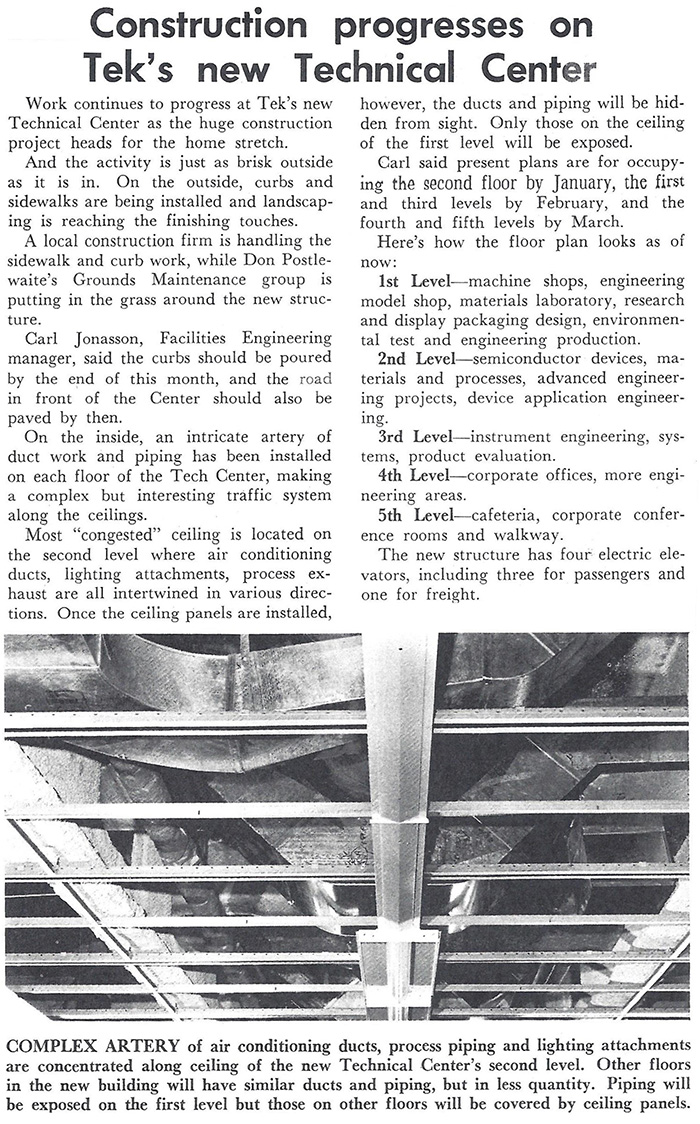 This January 28, 1966 TekWeek article features the progress on the move-in to the building. 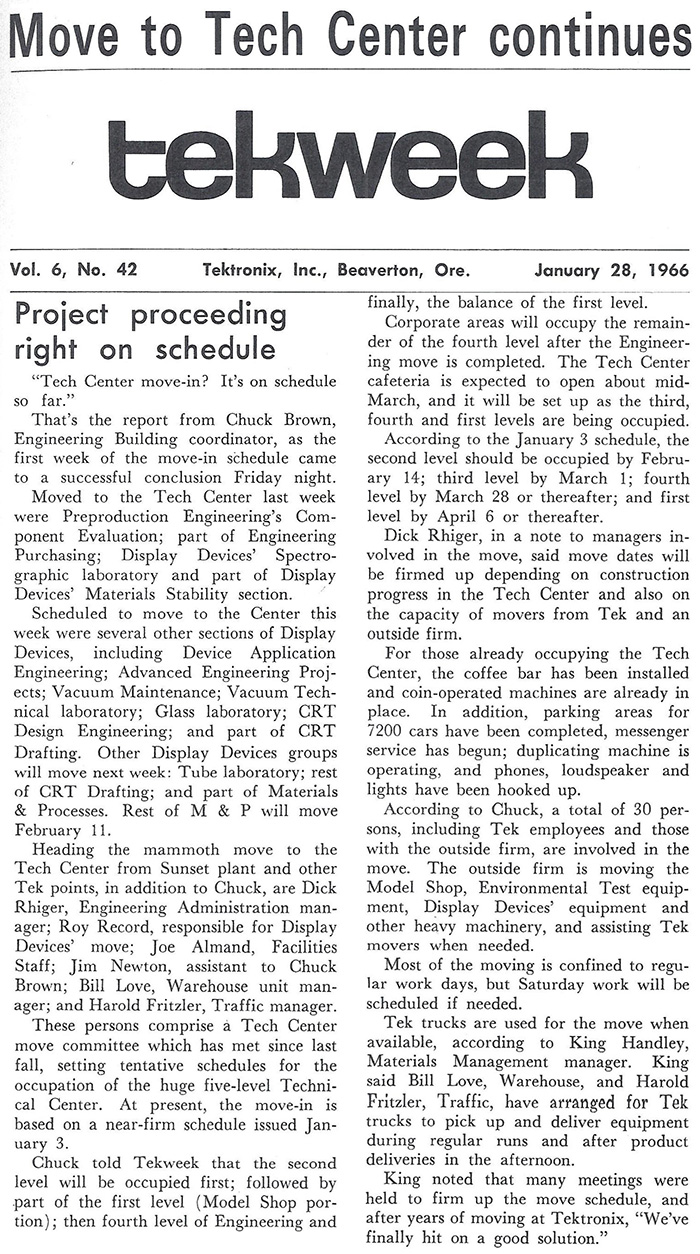 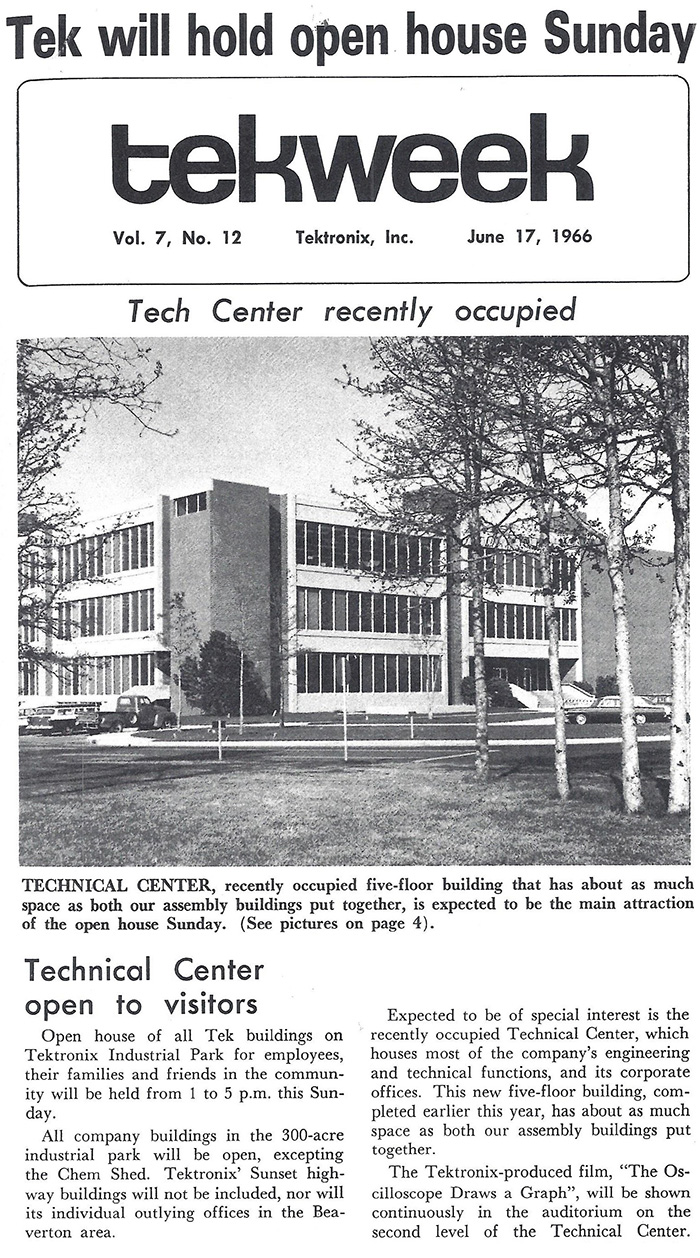 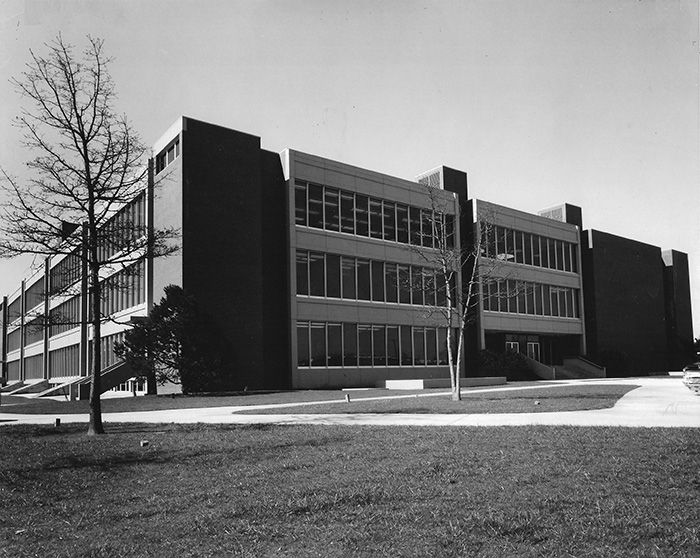 This photo from the south shows the later walkway to building 48. 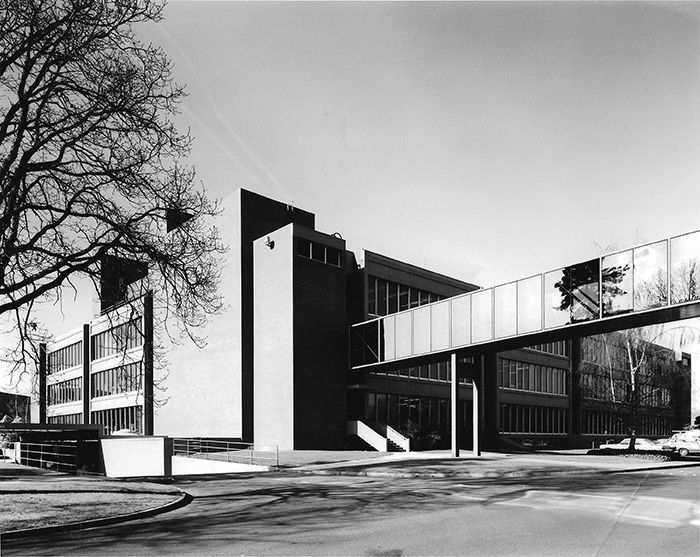 The construction site was formerly a marsh so in order to secure the foundation, ninety-foot long pilings were prepared and driven into the ground. In spite of this attempt to stabilize the building there was both settling and sagging resulting in floors that were not level. This photo shows an engineering U-bench on the sloped floor. 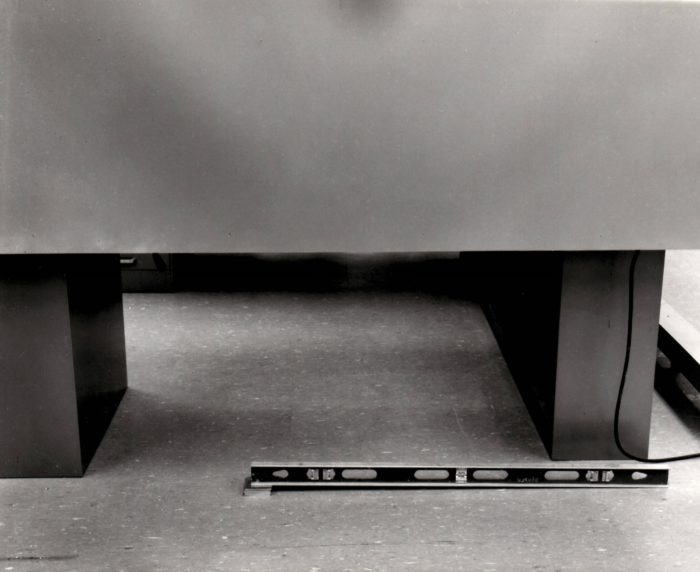 Shims were first added to level the U-benches but the engineer's chairs still sat on the sloped floor! 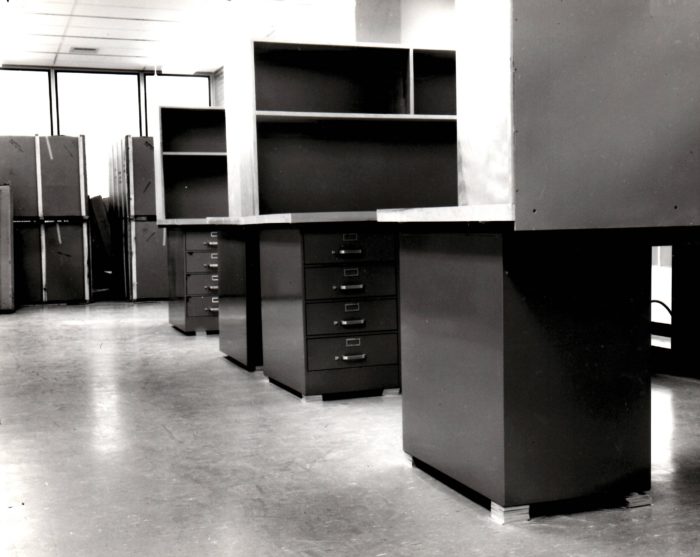 This slide show is made from a scrapbook of photos documenting the construction of building 50.  The photos at the end highlight the activities to to raise and level the floor.

This May 22, 1968 TekWeek article features the need to increase the size of the parking lot and the expansion of CRT with building 48. 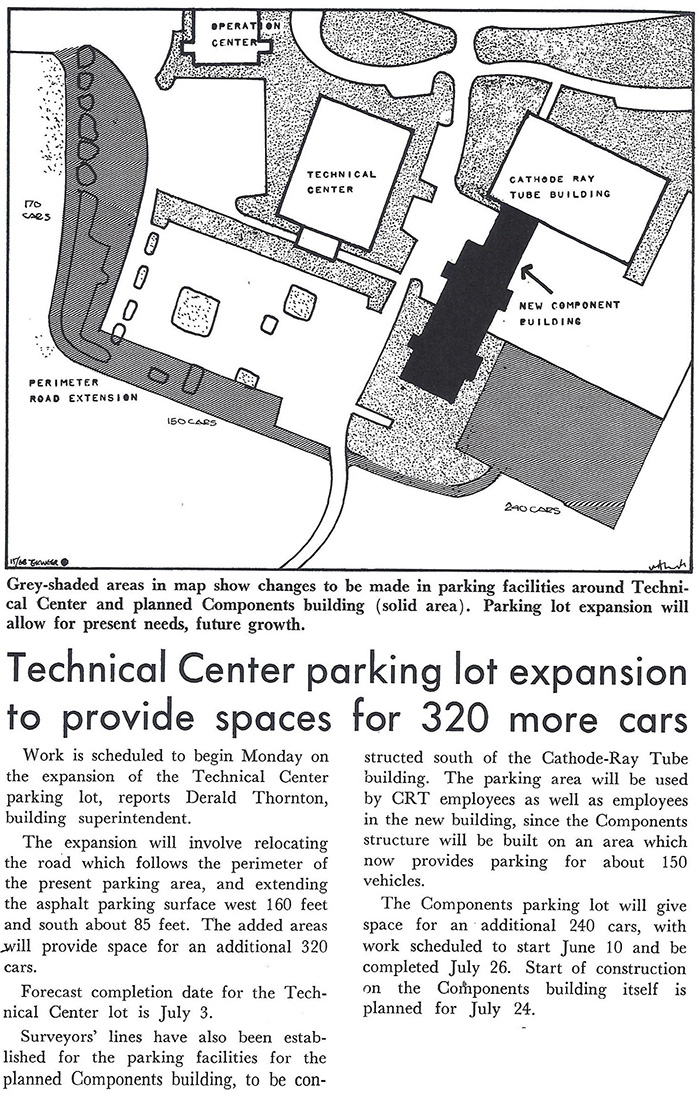 This May 25, 1973 TekWeek article features the unique center stairwell. It has been known to be used  in the day by engineers who needed a significant vertical drop. 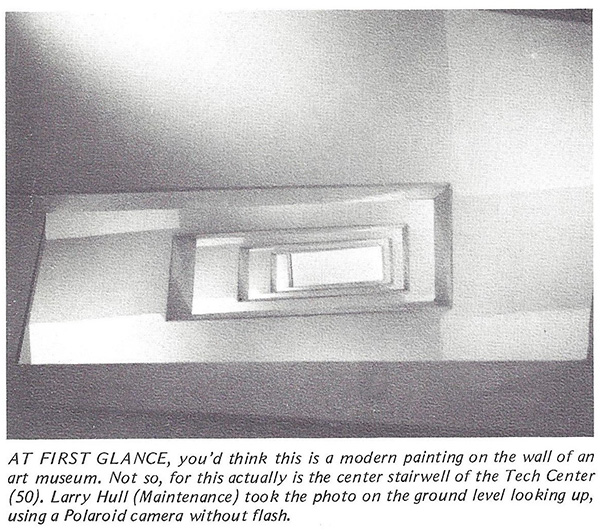 This December 16, 1977 TekWeek article features the open stairwell between the 3rd and 4th floor. It was removed to increase the usable square footage of the building. 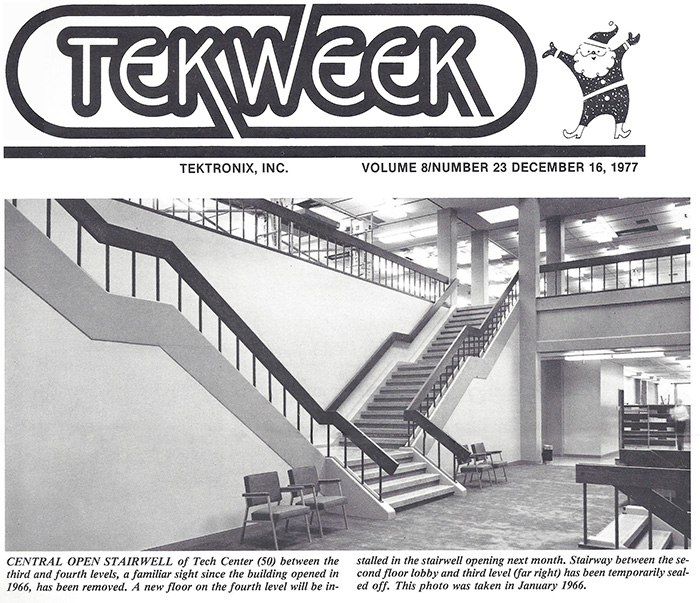 This April 11, 1986 TekWeek article features the 20th anniversary of the building. 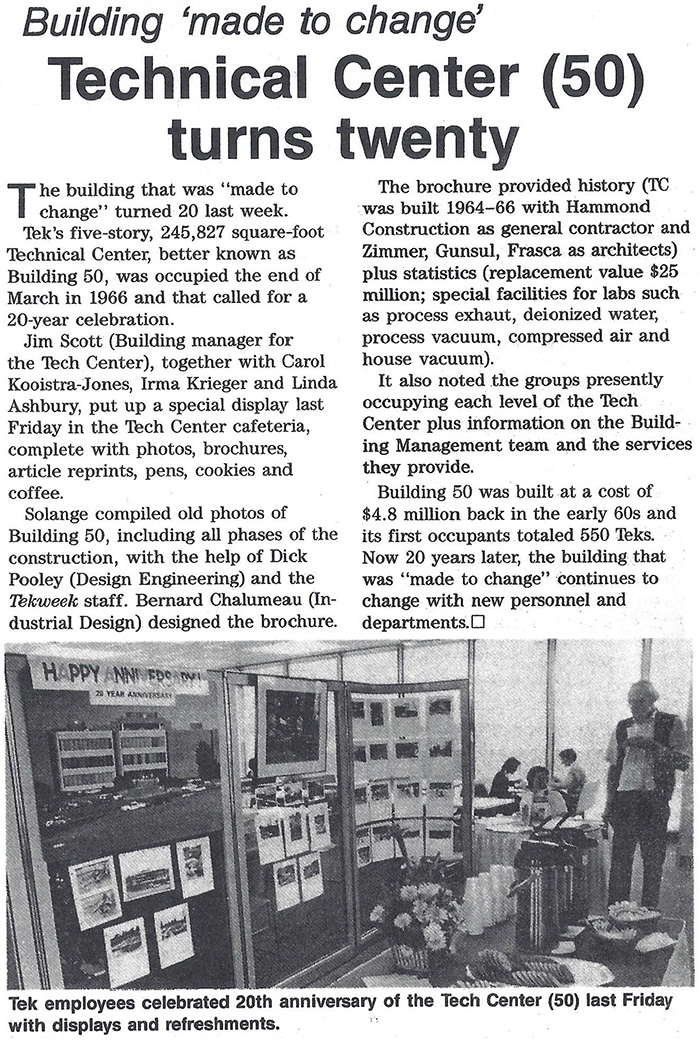 This July 31, 1987 TekWeek article features the remodel of the lobby. 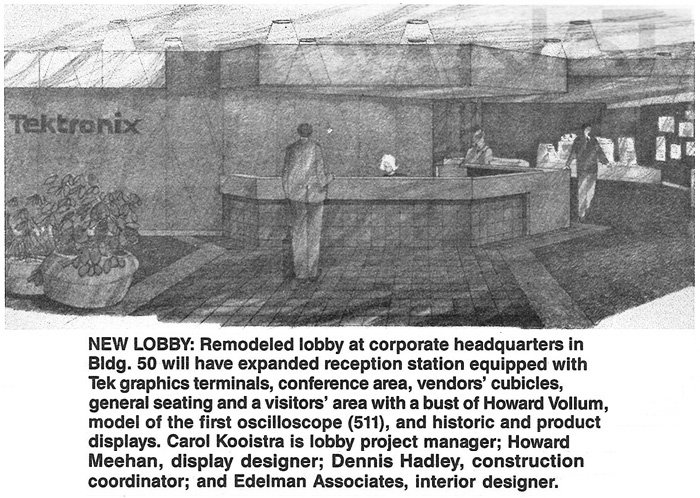 An anthology book on Howard Vollum was published in 1987.  This book contained testimonials to Howard from different employees and is on our Howard Vollum at Tektronix page.  This document is an extract of those testimonials relating to building 50.  Click on the image to view the PDF. 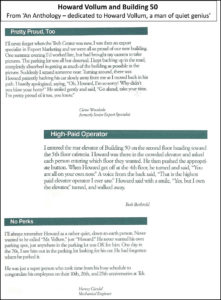 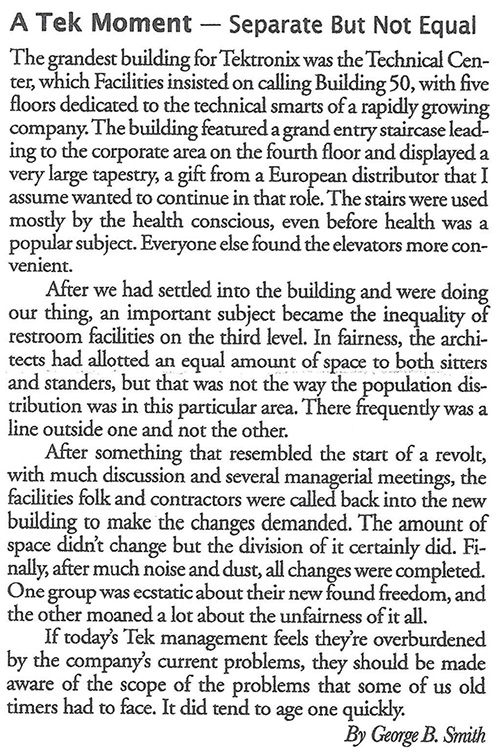