From the founding of the company, much of the internal test equipment Tektronix used was designed and built in-house. They continued to design and build internal test equipment if they could not acquire either the functionality or the performance they needed. This 130 L-C Meter is an example of one of their internal designs that eventually made its way to market as a product.

The Type 130 was designed by Cliff Moulton who started at the Hawthorne plant. The 130 underwent several "face lifts" with essentially the same circuitry. The museum has a very early Serial No. X3 in the brown louvered cabinet style and a later version Serial No. 11343 in the traditional blue side panel style. There were a number of accessories for the 130 including the S-30 Delta Standards used to calibrate the 130. 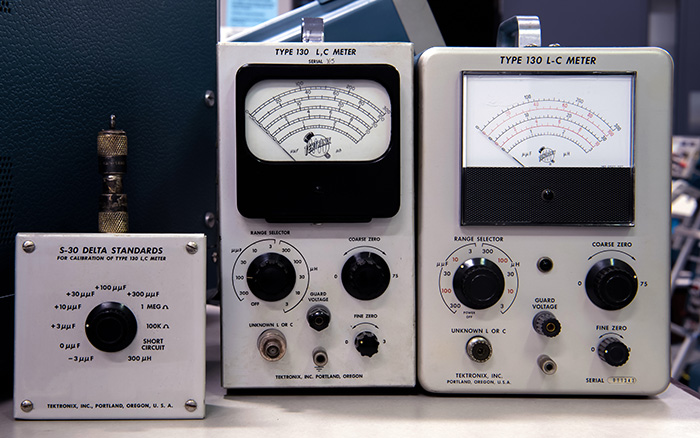 This February 1963 ServiceScope has some information on the 130 L-C Meter.

The early Serial No. X3 shows a typical and well done Tektronix-style construction with ceramic strips. 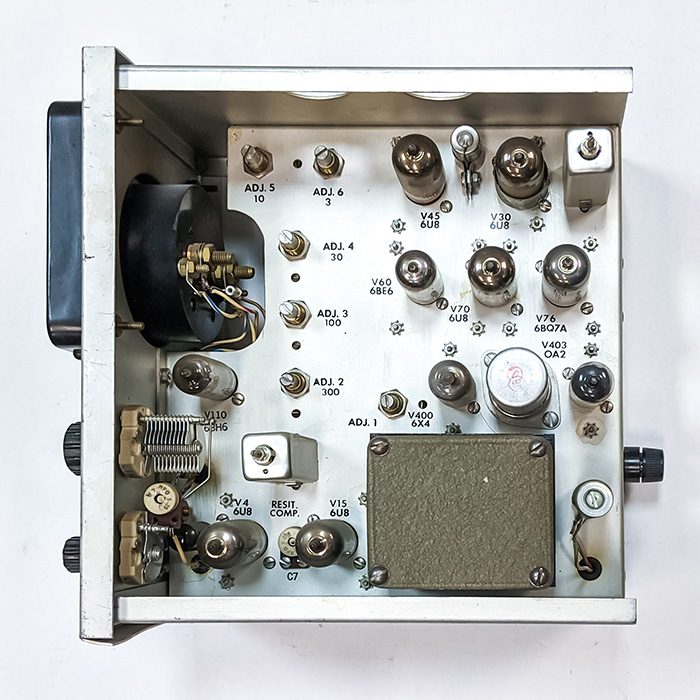 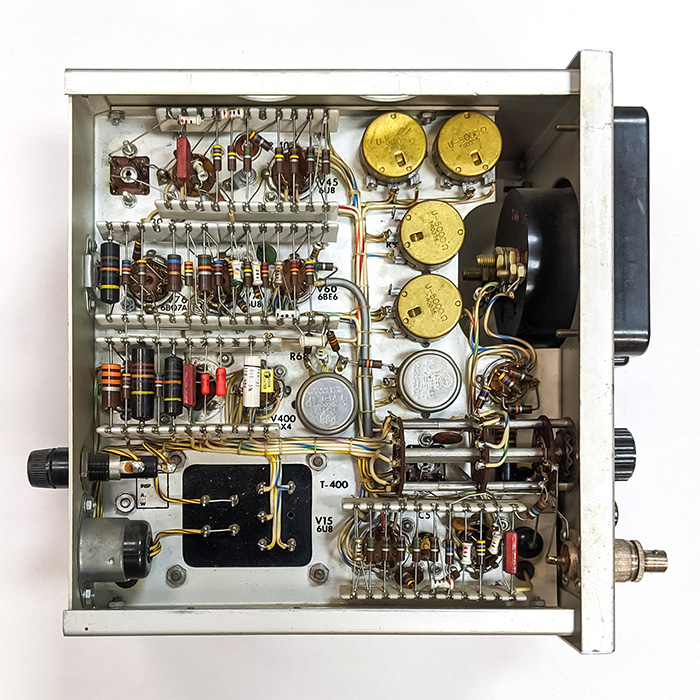 A complete restoration of a Type 130 was featured in three articles by Alan Hampel published in the June, July, and August issues of Silicon Chips magazine. Silicon Chips has granted the museum a release to post these articles which can be found on our 130 LC Restoration page.