↓
Home→employees→vintageTEK Is Reprinting “My Years At Tektronix”

Miles Tippery was one of the four founders of Tektronix.  Jack Murdock met Miles in the Coast Guard and after the war Jack Murdock, Howard Vollum, Miles Tippery, and Glen McDowell decided to form a company together to develop and produce a superior oscilloscope. Miles wrote an autobiography of his life and donated a portion to the museum which we have reprinted as a 326 page book "My Years At Tektronix 1946-1953".

It is different from the 40th anniversary book in that this is his personal perspective of the early years and his, Jack's and Howard's contribution to the company. Miles assumed the role of operations manager dealing with procurement, manufacturing, and operations and describes the challenges and accomplishments of surviving first with no revenue and then the significant growth once the model 511 oscilloscope was released. Since this is part of his autobiography, his story includes a detailed description of life in post-war Portland and the Pacific Northwest at large where he built his own house and struggled with the challenges of raising a family.

This book is available on our eBay store as well as in our museum. 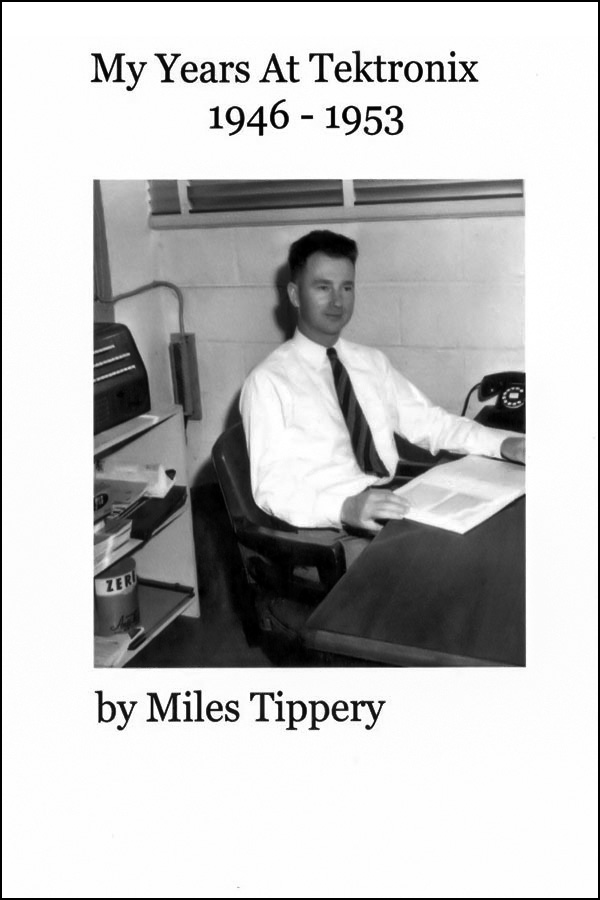