Richard L. Ropiequet died of a stroke on April 25,2011 in Grass Valley, CA with his devoted family surrounding him. Born in St. Louis, Mo., and educated in Illinois, he graduated with a degree in chemical engineering in 1944 and was immediately drafted into the Navy as a radar instructor for the Pacific fleet. In late 1949, he moved to Oregon to work at the fledgling Tektronix and married and started a family at the same time. 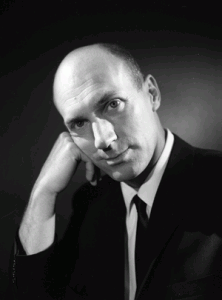 “Rope” was a key figure in early Tek, eventually rising to the position of Executive Vice President of Engineering before leaving to join the wave of plastics entrepreneurs of the 1960s.  An inventive engineer, he held many patents in both electronics and plastics engineering. He was a brilliant pianist, humorist, poet, gardener and scientist — spending the latter half his life as a theoretical physicist.

His life's work culminated in a treatise on the elemental nature of the universe www.infiniteparticlephysics.com  His website contains an article HOW I DEVELOPED IPP

Dick has a long legacy at Tektronix, and vintageTEK discovered when posting his obituary on the whiteboard in our Repair/Refurbishment Area, a visitor to the Museum Sam Mallicoat was a student of Rope's when Rope was teaching middle school students in Beaverton, electronic theory. These were after hours classes to train interested students in electronics. It seems to have worked well, Sam later worked for Tektronix, was a Silicon Forest entrepreneur, and currently is employed in a local high technology firm. Sam, and several other interested engineers, have been sharing ideas with vintageTEK for continuing this middle school electronics training in what we were planning as a Saturday Academy to promote electronics, specifically analog design, starting with fifth and sixth graders from the Silicon Forest.

His daughter Suzanne, has contacted vintageTEK, and following her future visit, may leave us with some memorabilia that will be worth a future visit to the Museum. [we now have a Richard Ropiequet page]