Barrie was likely the most famous analog circuit designer in the world.  He was born in England and started at Tektronix in November of 1964 in Wim Velsink’s New Generation Group in Bldg 81 (Sunset plant). He moved with the rest of Engineering to the new Technology Center building 50 in March 1966. Here is his photo from the Employee Photo Album. 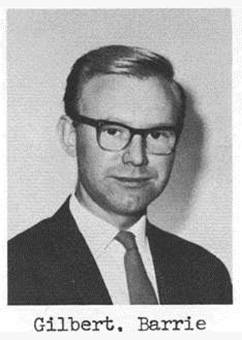 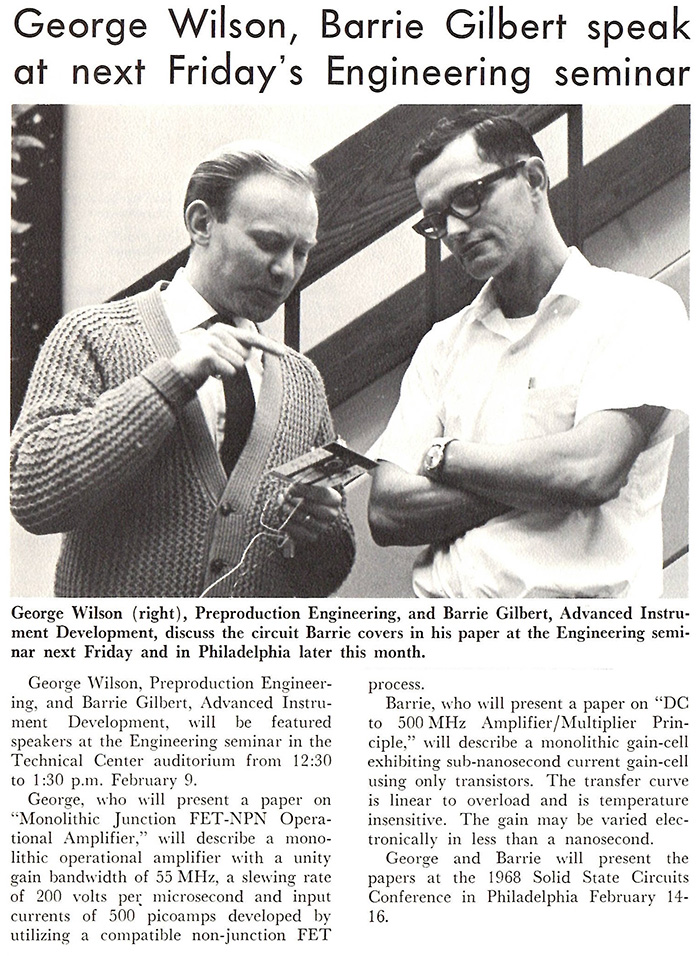 To the average oscilloscope user Barrie was the person who invented, created, and designed the unique knob readout system that displayed the knob information (e.g. V/Div, time/Div) on the screen of the CRT.  This was much earlier than any other readout system.  It was used in the 7000 series of oscilloscopes introduced in January 1969.

These three sets of notes from his design are dated October 21, 1966. Click on the images to view the PDFs. 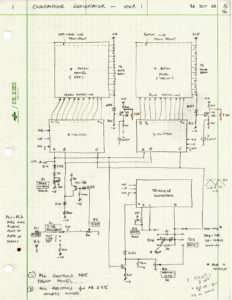 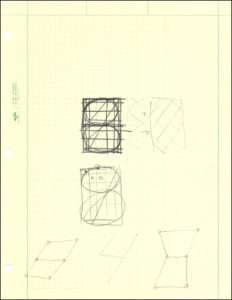 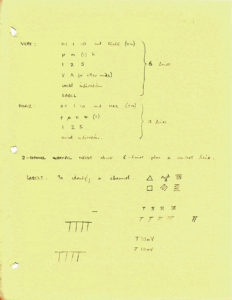 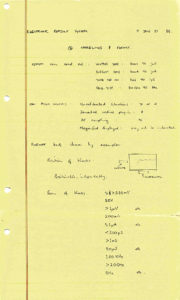 We have Barrie's Teledeltos paper fixture he used in developing the readout system at the museum. 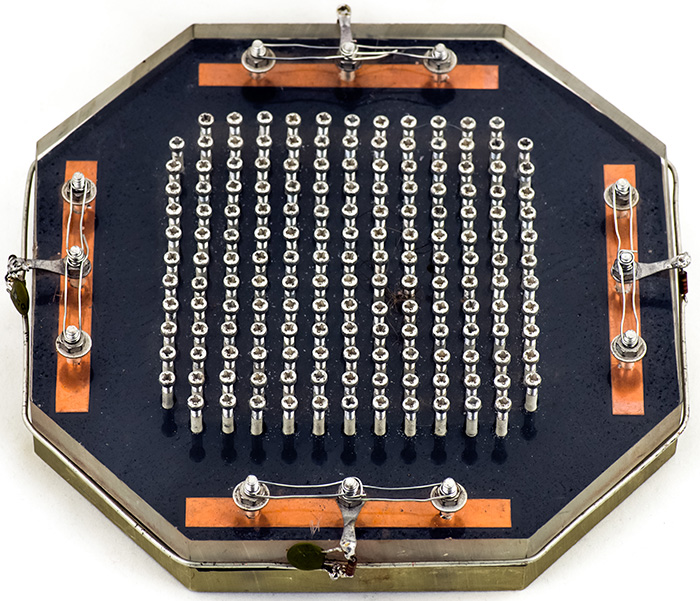 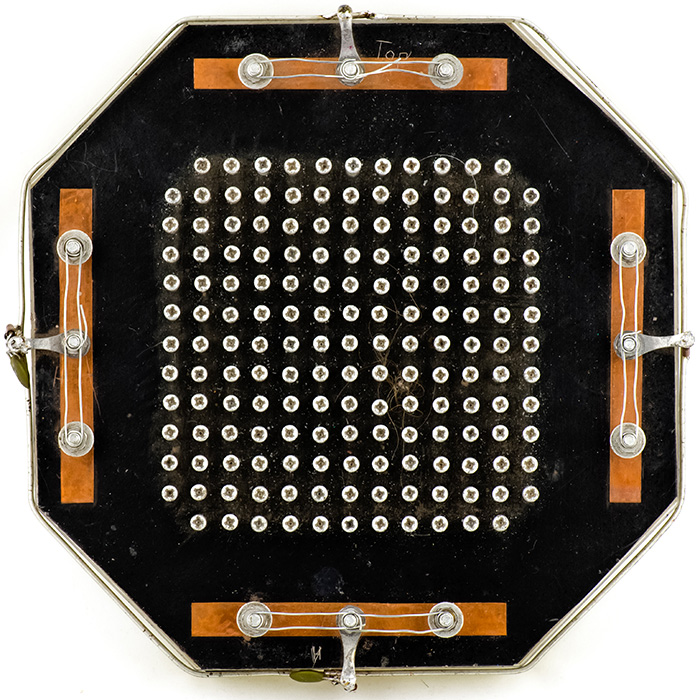 To the electrical engineer, Barrie was the person who wrote two ground-breaking articles in the December 1968 issue of the prestigious IEEE Journal of Solid State Circuits with two ground-breaking articles.  These articles introduced a new concept that came to be known as the translinear principle.  Circuits described in these two articles are, to this day, given Barrie’s name: The Gilbert Gain Cell, and the Gilbert Multiplier. 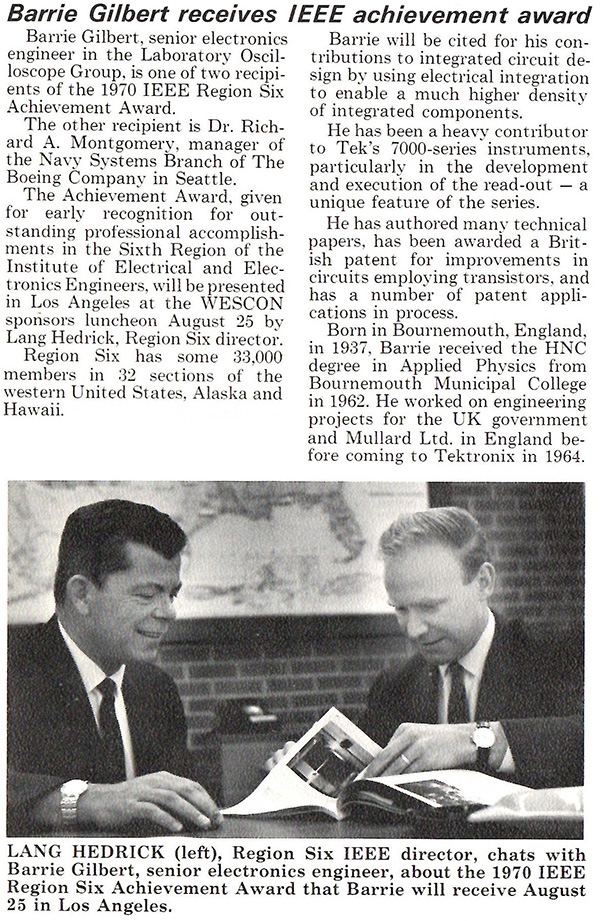 Barrie returned to England in 1970, then returned to Tektronix in May 1978. He worked for George Wilson in the Monolithic Circuits group on the third floor of building 50.

Barrie was interviewed on November 30, 1977 January 17, 1978 regarding the read-out effort and the 7000 series oscilloscope development which was part of the "On The History and Environment Of Tektronix" document on our History of Tektronix page. Click on the image to view the PDF. 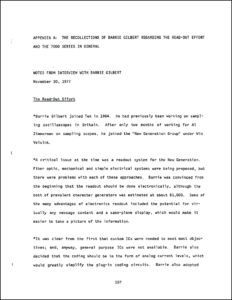 In this set of notes dated August 1977 Barrie describes a handheld device he calls a Window Box. This is a service aid In a small form factor similar to the scientific calculators of the day that combines the functionality of an oscilloscope, voltmeter, counter / frequency meter and calculator. Click on the image to view the PDF. 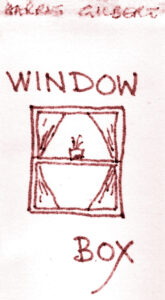 These July 5, 1978 notes for an IC Circuit Techniques meeting describe the Super Emitter Follower and the MultiTANH principle. Click on the image to view the PDF. 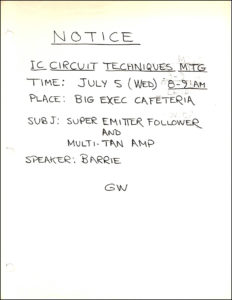 Barry left Tektronix in 1978 and went to work for Analog Devices, Inc.  Barrie was always partial to the Beaverton area so Analog Devices setup a remote design center in Beaverton. Barrie’s wife Alicia Moore was an Electrical Engineer at Tektronix, working in buildings 50 and 59 Integrated Circuits. They met after Barrie had left Tektronix.

He also had the cover of the Fall 2007 IEEE Solid-State Circuits Society News issue and virtually the entire issue devoted to him.  He has about 100 patents. Click on the image to view the PDF but note that the document is hosted at www.semanticscholar.org. 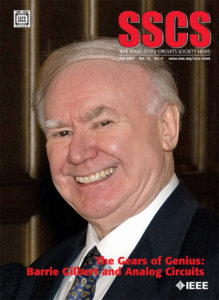