Dave was hired into Tektronix as a college graduate electrical engineer and after several design projects moved into Program Management. This photo is of the 4112 and 4114 terminal development team when Dave was Program Manager for the Option 41/42 Disk System (Dave is second row center with beard). 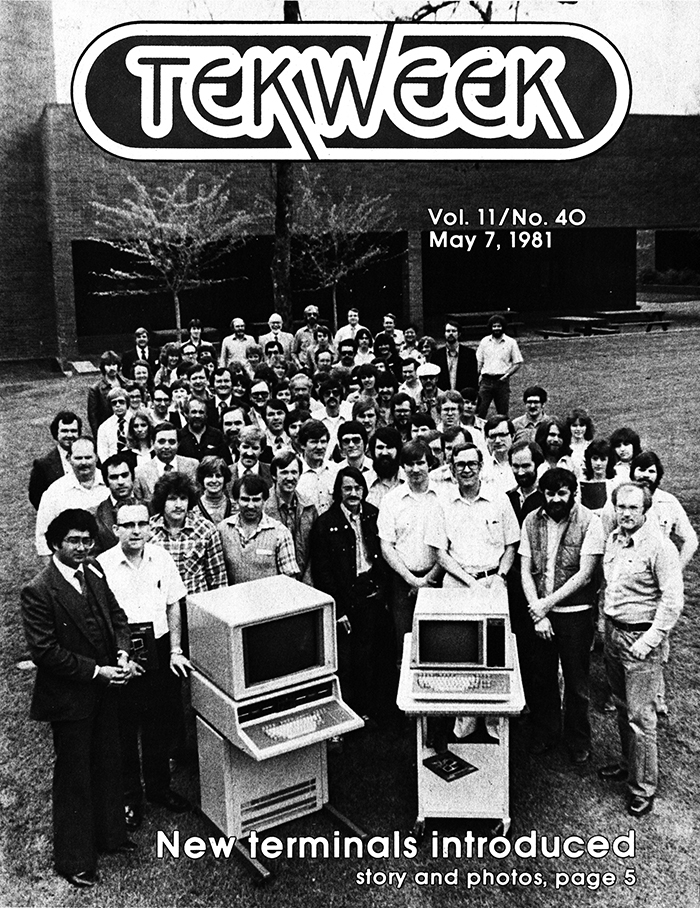 When Dave Coreson moved to corporate, Dave Brown made a career change to manage manufacturing and service for NWD. NWD was merged with Grass Valley Group and the Profile video disk recorder group to form the Video and Networking Division (VND). Dave assumed responsibilities for all Oregon manufacturing.  This March 22, 1996 Tekweek article features his vision for VND Manufacturing (the article has been reformatted for appearance). 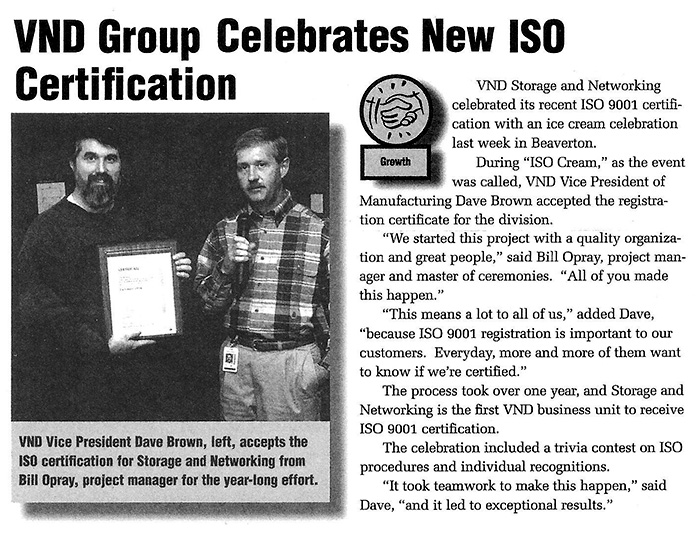 After the divestiture of VND in 1999 Dave moved back to engineering as Vice President of Central Engineering until his retirement in 2010. He has since been a volunteer at the vintageTEK museum and currently is the President.