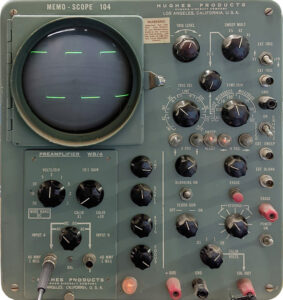 The vintageTEK museum recently acquired this Hughes 104 Memo-Scope. This oscilloscope was one of the early storage oscilloscopes for transient capture and display utilizing the Memotron 5" storage CRT. It was announced in the Control Engineering February 1957 issue.

The oscilloscope accepted a vertical plug-in and five were available. The vertical bandwidth was limited to 300 KHz to 700 KHz depending on the plug-in. It was expensive, the timebase triggering was quite fussy and the CRT was easy to damage.

The storage CRT was developed by Dr Andrew Haeff working on the staff of the US Naval Research laboratory in 1947. His CRT was based on a writing gun, a flood gun, and a phosphor screen. In 1950 he joined Hughes Research and Development Laboratories to further development of the storage CRT.

Bob Anderson joined Tektronix in 1959 from Hughes where he worked in CRT manufacturing. The Hughes Memotron CRT was fragile and was expensive to build because of low yields. Bob was motivated from his observations at Hughes to try to come up with a better approach to storage CRTs. After his first project at Tektronix he asked his boss Dick Ropiequet to let him work on storage tube development. He succeeded and the Tektronix 564 storage scope came out with impressive specifications offering 10MHz, lower cost, and dual plug-ins for a wide range of capabilities.

The storage CRT opened the door to a number of new market opportunities including computer graphics / Information Display.  We have several pages on storage CRTs and instruments.

564 on the cover of Life Magazine

This ad for the Memotron CRT is from the July 1956 issue of Tele-Tech & Electronic Industries magazine. 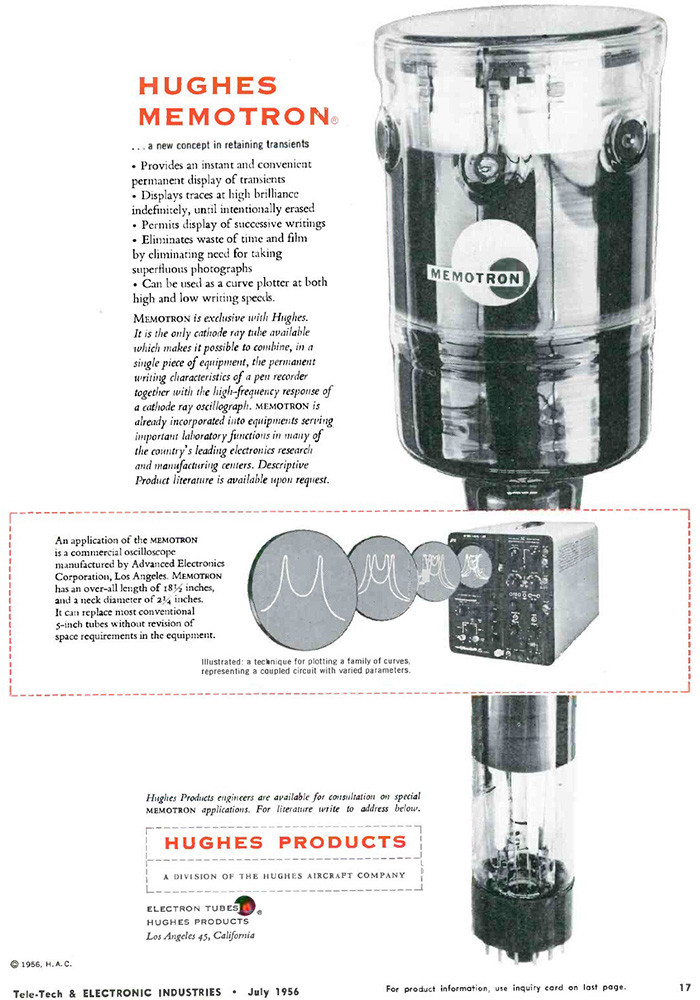 This ad for the Memo-Scope is from the November 20, 1959 issue of Electronics. 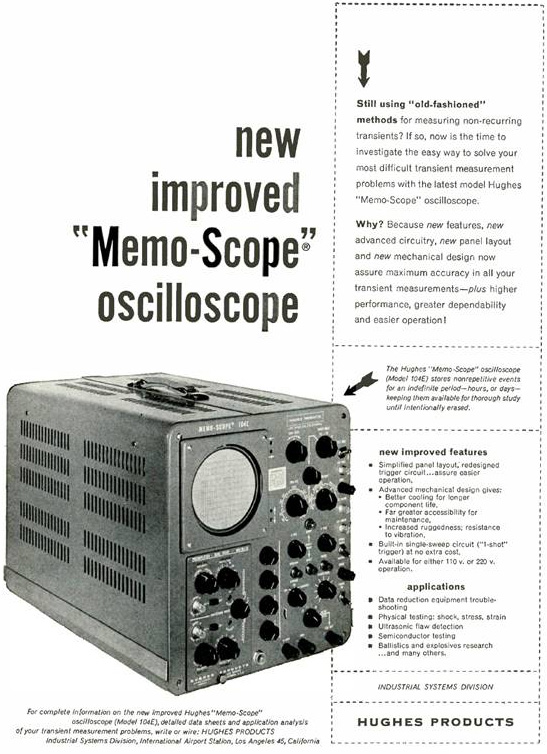 Although we haven't spent much time with the Memo-Scope, it is operational and will store. 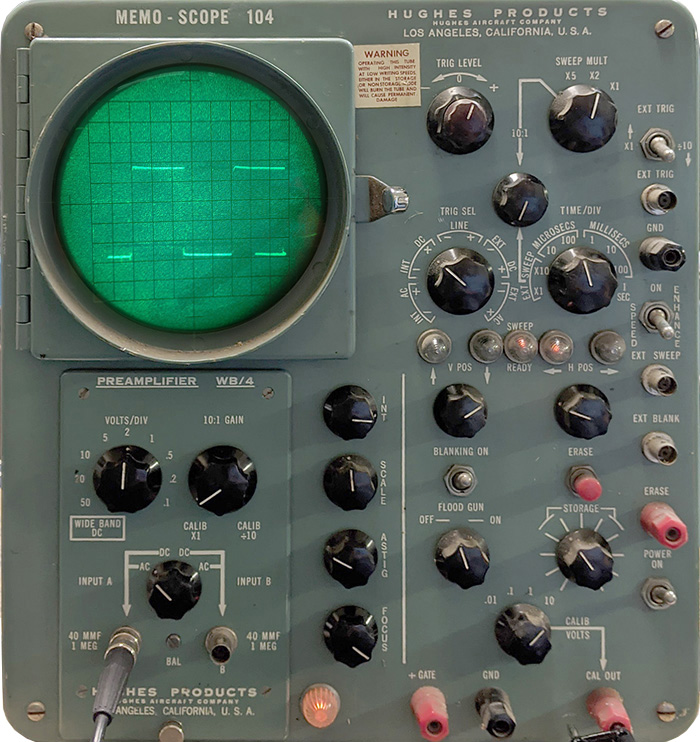