We have uncovered another mystery part at the museum.  This tube is constructed with glass rods in the typical Tektronix methodology. It has a 14 pin base which appears to be the same as used in Tektronix first CRT, the T51, introduced in 1954.

One thought is the internal construction appears to be designed for a "ribbon" beam, perhaps similar to that used in the T7610 Electron Beam Analog To Digital Converter. Maybe this was an early prototype for a "ribbon" beam investigation. The 9 74 could indicate September of 1974, but on the other side of the tube the numbers are 94 7 so this is likely unrelated to a date.

Reaching out to Bill Brown, former manager of the engineering tube lab (ETL), solved the mystery. This was a Dick Ropiequet project to investigate electroformed guns. Electroformed guns were an early attempt at additive manufacturing where the entire assembly (except heater and cathode) would be formed at once in a plating process. 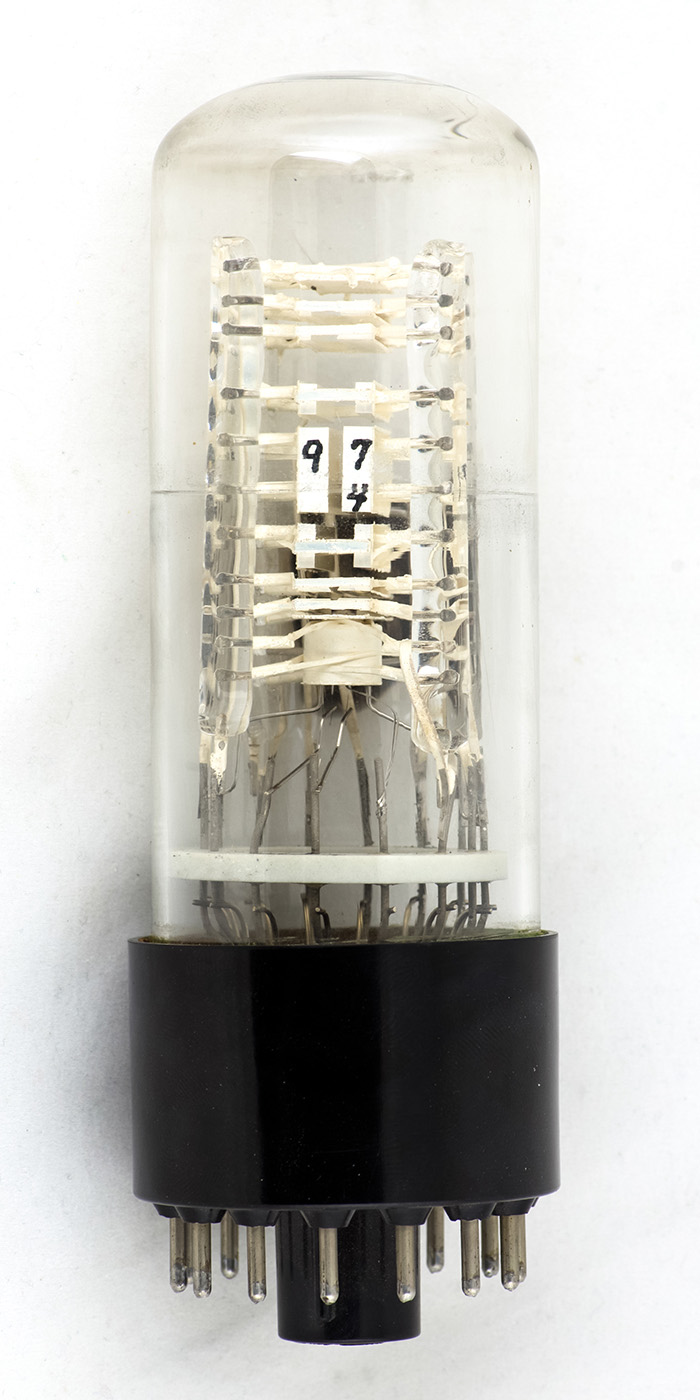