The 4115B is a high resolution raster scan color graphics terminal introduced in 1981. It is part of the 4110 family of intelligent computer terminals. It operates in a 32 bit coordinate space featuring 1280 x 1024 256 color resolution. It employs a breakthrough auto-convergence CRT for improved visibility and sharpness.

Computer graphics transitioned in the 1980's from monochrome cathode ray tubes, where Tektronix dominated with its proprietary Direct-View Storage Tubes (DVSTs), to color displays. Shadow mask color CRTs were the only available technology and had been used for about thirty years in color televisions. Computer graphics applications required higher resolution which allowed more content to be displayed on the screen. Shadow mask color CRTs use three electron guns, one each to address the red, green and blue color phosphor dots on the screen. In order to render text and line drawings successfully in color it was critically important to make certain the three beams scanned one on top of the other across the entire phosphor screen. If the beams were not in “convergence”, as it was called, it was likely to compromise the image quality, especially since these monitors were used at much shorter viewing distance than in a standard television application. Convergence was typically set at the factory and never updated, although stray magnetic fields and vibration during shipping or handling by the user could cause a misalignment of the beams and with that, a blurring of high resolution content.

Although Tektronix did not manufacture large shadow mask color CRTs, clever Tektronix engineers came up with a system to automatically monitor misconvergence in real time so any error could be corrected on the fly. Tektronix patented the concept and worked with a manufacturer to implement the tube modifications needed for this groundbreaking design. More information is available on our Auto-Convergence page. It was implemented in the 4115B computer graphics terminal and proved to be an important selling point.

More information on the 4115B is in the product brochure. Click on the image to view the PDF. 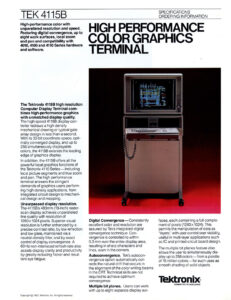 The museum has a 4115B on display. This particular terminal does not have the option 8" floppy disks for local storage. 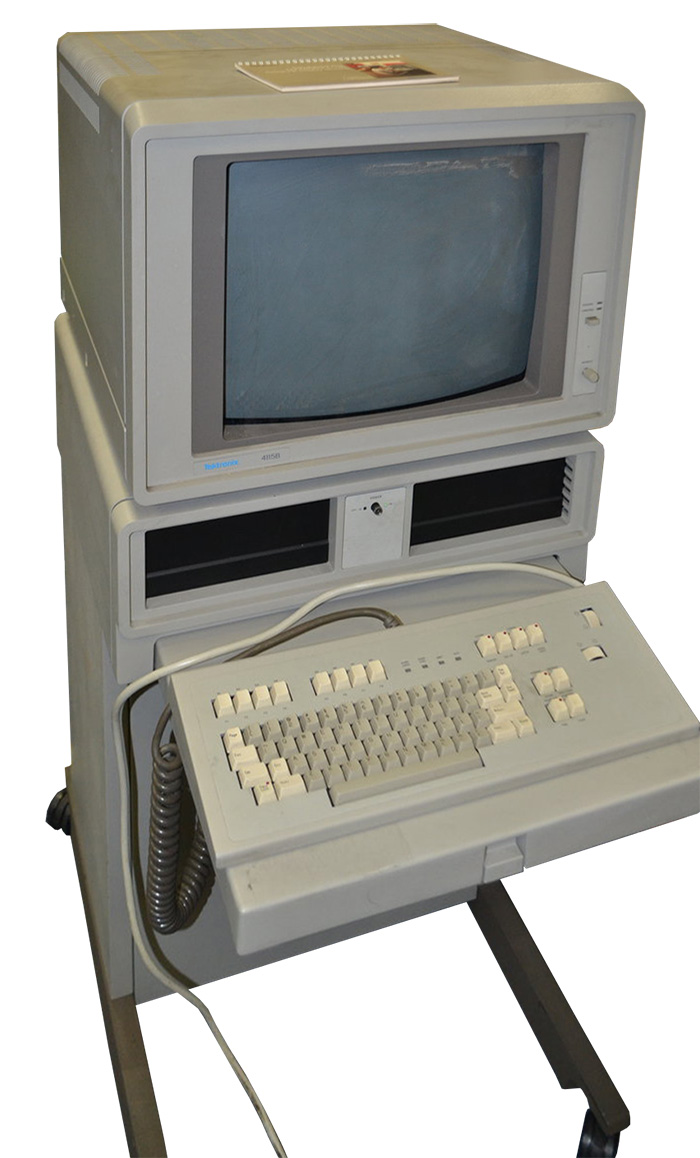